For all Birding and Bird photography enthusiasts Travelderness brings to you an excursion to Naina devi Bird Reserve, alongwith the hamlets of sattal/shyamkhet in Nainital district   for an opportunity to spot and photograph the varied avifauna at different altitude levels. This is a 4D/3N tour during which we will hope to target maximum migratory species , rare species and the residents at all the places with a magnificent view of the Himalayas in the backdrop to bring about an exotic, memorable experience.                                                     Highlights :

Naina Devi Bird reserve is a reserve in the nainital district of uttarakhand with a total notified area of 111.9 sq. km It has some spectacular birding trails and forest patches consisting of temperate broad-leaf forests to alpine grasslands to rhododendron shrubberies. Wide altitudinal variation supports a very large segment of avian fauna to inhabit this forest range.
During the Winter Season, the reserve turns into an orchestra of resident and migratory bird species. The Uttarakhand Himalayas are in the direct pathway of the migration from Central Asia and Europe into Asia for many birds such as the odd yet beautiful Wallcreeper that moves up mountainside rockfaces like no rock climber can, the tiny yet uncommon Whistler’s Warbler, or the strikingly crimson coloured Rosefinch and the Naina Devi Bird Reserve is a prime example of such a stopover.
Add to this the stunning resident species like the Eurasian Jay, Koklass Pheasant, the rare Cheer Pheasant and the ubiquitous Blue Whistling Thrush that musically awaken you from a slumber every morning.
The forests in this area also finds many a mammal like the Barking Deer, Leopard, Himalayan Goral, and even the enigmatic and hardly seen donkey sized Serow moving onto the Tar roads and forest paths to get respite from the dewy chilled Oak and Deodar Forest during the nights and even days.

Add to this the wonderful hospitality of the locals, Sizzling Pahaari Chai (Mountain brewed Tea), Bonfires to soothe the frosty breath and body, and a simple excursion turns into an experience.

Sattal is a tiny hamlet set amongst dense forests of oak and pine trees, Sattal is unique for its biodiversity and ecological amplitude. It has 500 species of resident and migratory birds, 20 species of mammals, over 525 species of butterflies and over 11,000 species of moths, beetles, bugs and other insects. The unique avian fauna includes red-billed blue magpie, green magpie, kingfishers, barbets, babblers, greater yellownape, bulbuls , red billed leothrix and many more. 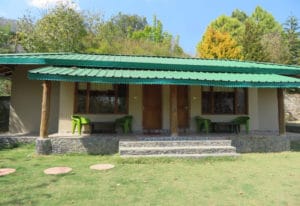 Catch the early morning shatabdi which reaches Kathgodam at 11:40 pm . Then we check into sattal resort for lunch followed by an entire afternoon of birding at the hide and around the resort , We hope to find around 40 species of birds in this session which might include White-Capped and Plumbeous Redstarts, Himalayan Bulbuls, White Crested Laughing Thrush, Lineated and Blue-throated Barbets, Grey treepie, Red-billed blue Magpie, Common magpie, Lesser and Greater Yellownape, grey – headed Woodpeckers, prinias, mountain bulbul and more. Dinner and lights off !
End of Day One!

Early morning start as we head towards shyamkhet and ramgarh specifically to look for migratory birds/finches like european goldfinch , pink browed rosefinch , dark breasted rosefinch alongwith the residents. Our last tour in December afforded us excellent sightings of a flock of European goldfinch, with some excellent photographs taken by our guests. We make our way back to the resort by 10 for breakfast and leave for chaffi primarily to look for brown fish owl , crested kingfisher, slaty blue flycatcher, brown dipper etc. We aim to leave chaffi by 1 to make our way to the resort at Sigri (a 2 hour drive ) to do some afternoon birding on the ghugukham trail ) , dinner at resort. 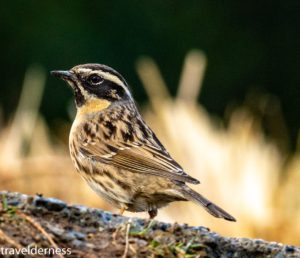 Early morning Birding Near the campsite primarily to look for winter migrants to the reserve like Buntings, Rosefinches , Accentors to name a few . The sightings and the lifer opportunities at the campsite have almost always surprised us. We have spotted migrants such as Rufous-breasted Accentor, Black throated accentor, Black-throated Thrush, Chestnut Thrush, Dark-breasted Rosefinch, Pink-browed Rosefinch, blue fronted redstart, blue capped redstart, rusty cheeked scimitar babbler, black chinned babbler to name a few. White-throated and Streaked Laughing thrushes are common as are Green-backed, Coal and Black-throated Tits.
– Back to the resort for breakfast between 10-11 .
– Post breakfast ( with packed lunch) we drive through dense Oak and Deodar forests till Kunjakharak Forest Rest House, with pauses for bird spotting at various other milestones . The forests here hold the promise of the musical yet uncommon Hill Partridge, Mountain Hawk Eagle, Grey-winged Blackbird, Eurasian Jay and recently even offered us sightings of the Black Backed Forktail at two different spots as well.
Kunjakharak is the end of the road, and provides a viewer with spectacular views of the Kosi River Valley. We will take a lunch break between 2 and 3 to take in the surrounding forest and its feathered residents like Black-throated Tits, Coal Tits, White-throated Laughingthrushes, Maroon Oriole and the enormous Scaly-bellied Woodpecker to name a few. The birding around the forest rest house is not to be underestimated, and in one of our previous tour in mid-November 2016 we stumbled upon a rarely seen Goldcrest (a small Oriental White-eye sized warbler),spectacled finch, collared grossbeak, white collared blackbird as well as the more regular Rufous-bellied and Himalayan Woodpeckers, White-tailed Nuthatch, The crimson coloured Long-tailed Minivet, Ashy throated and Buff barred Warblers to name a few.
We aim to head back to the resort late evening for an opportunity to spot Mammals that may include Wild Boar, Leopard (if we are very lucky) and even one of the 2-3 Tigers recorded coming up from the Corbett Tiger Reserve in the Camera traps of the Forest Department.
– Bonfire back at the resort, followed by Dinner. 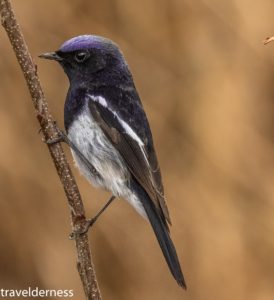 Early start 7 a.m to “Cheer point” primarily to look for the elusive Cheer pheasant, The forest around is good for Koklaas pheasant, Common Kestrel, Himalayan and Rufous-bellied woodpeckers,White-tailed nuthatches, thrushes like the Chesnut-bellied Rock Thrush, Scaly Thrush, Chestnut-crowned Laughingthrush etc. Mammals like Himalayan Brown Goral on the rolling grassy slopes of Cheer Point and possibilities of Barking Deer, Sambar and even Serow in the forests around.
Back to the resort for breakfast followed by transfer to Jeolikote, we scan the area around for some afternoon birding along the road and the river half a km away from the road , primarily to look for white crested laughing thrushes, pigeons wedge tailed and pin tailed , common green magpie, niltavas, barbets , crimson sunbird , prinias, grey bushchat , we make our way back to kathgodam around 2 pm for onwards journey.
End of the Tour!

Note : Bird and Wildlife sightings depend greatly on season, timing, and patience.
Sightings mentioned in the itinerary are only a guide and cannot be guaranteed.
Every evening we will compile the bird sightings of the given day and work out plans for the next day

– good trekking shoes
– warm clothes/ jacket/woolen cap/ gloves as nights can get quite cold in these parts
– A pair of sunglasses
– sunscreen, lip balm
– Binoculars (Always better if you have a personal pair, or else the guides and tour organisers will
share theirs during select activities with you)
– Camera with good magnification capability
– Personal Medicines. 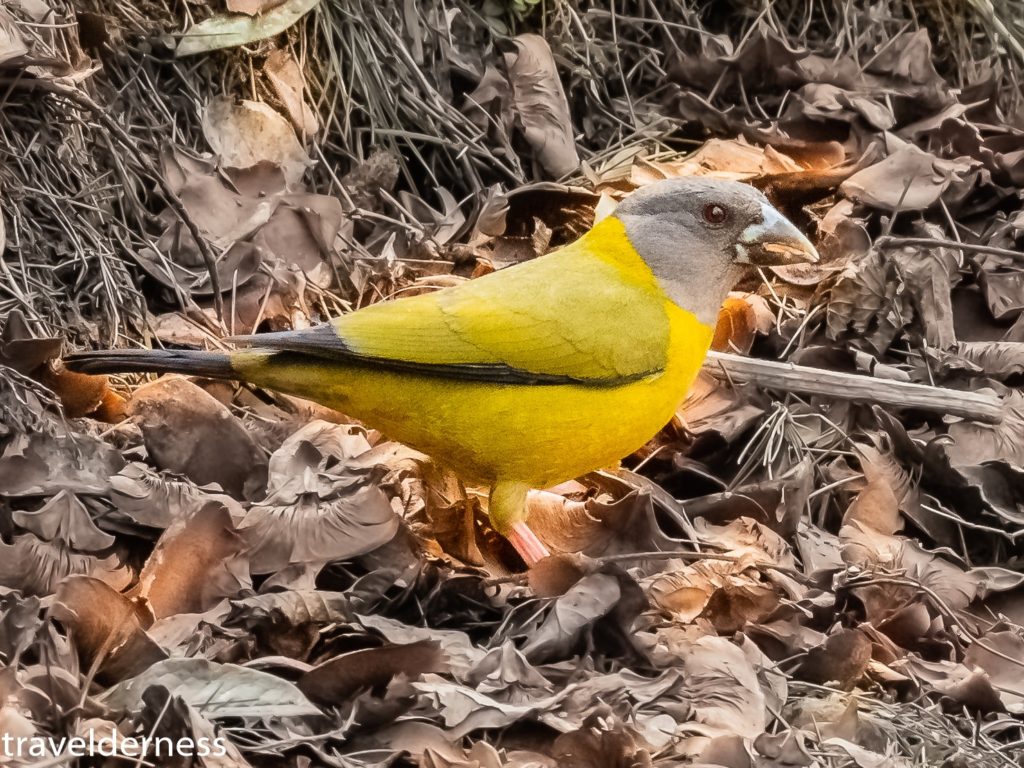 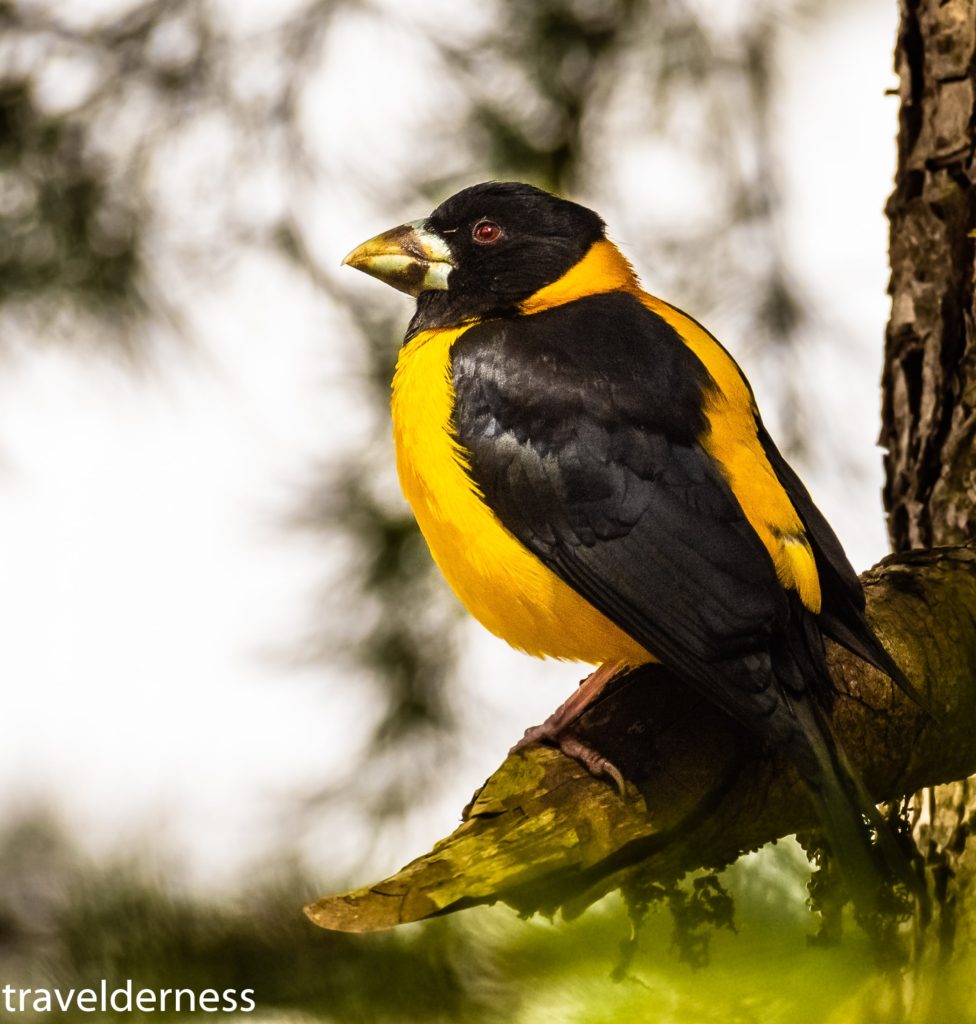 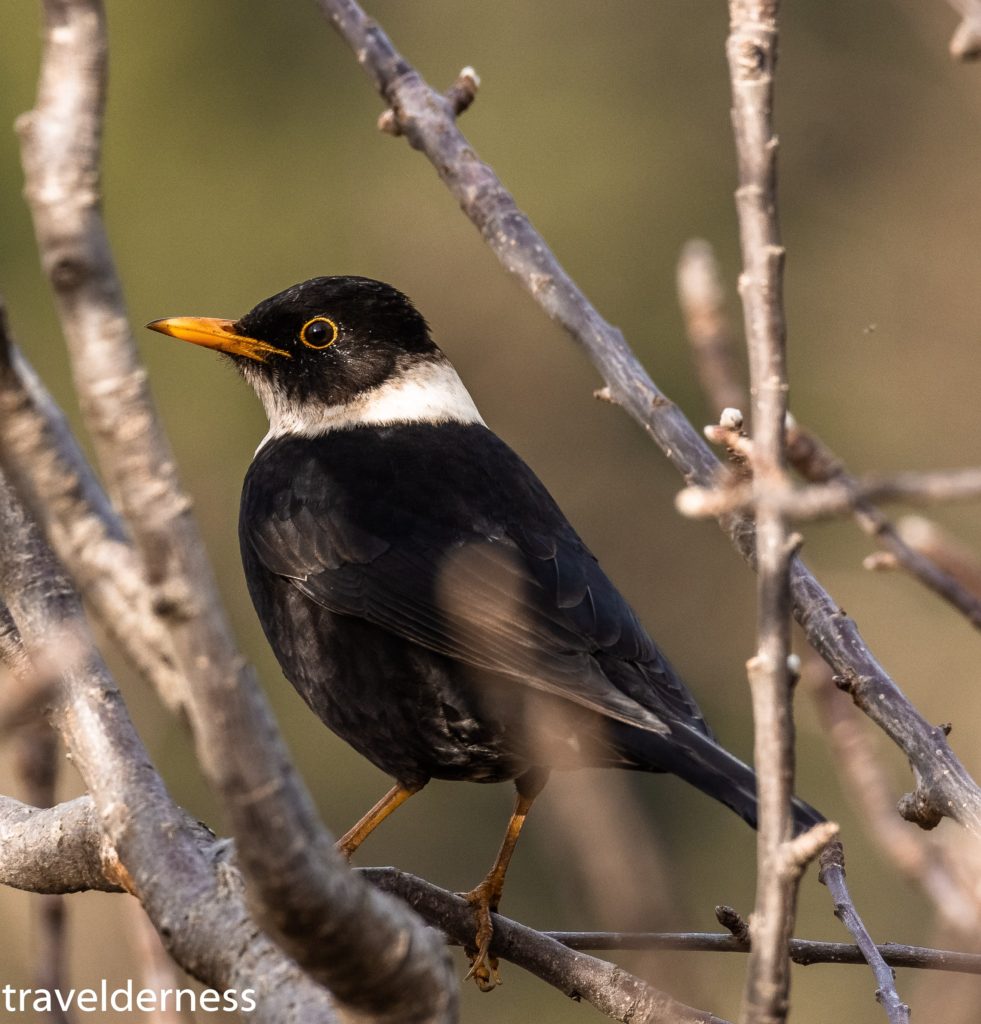 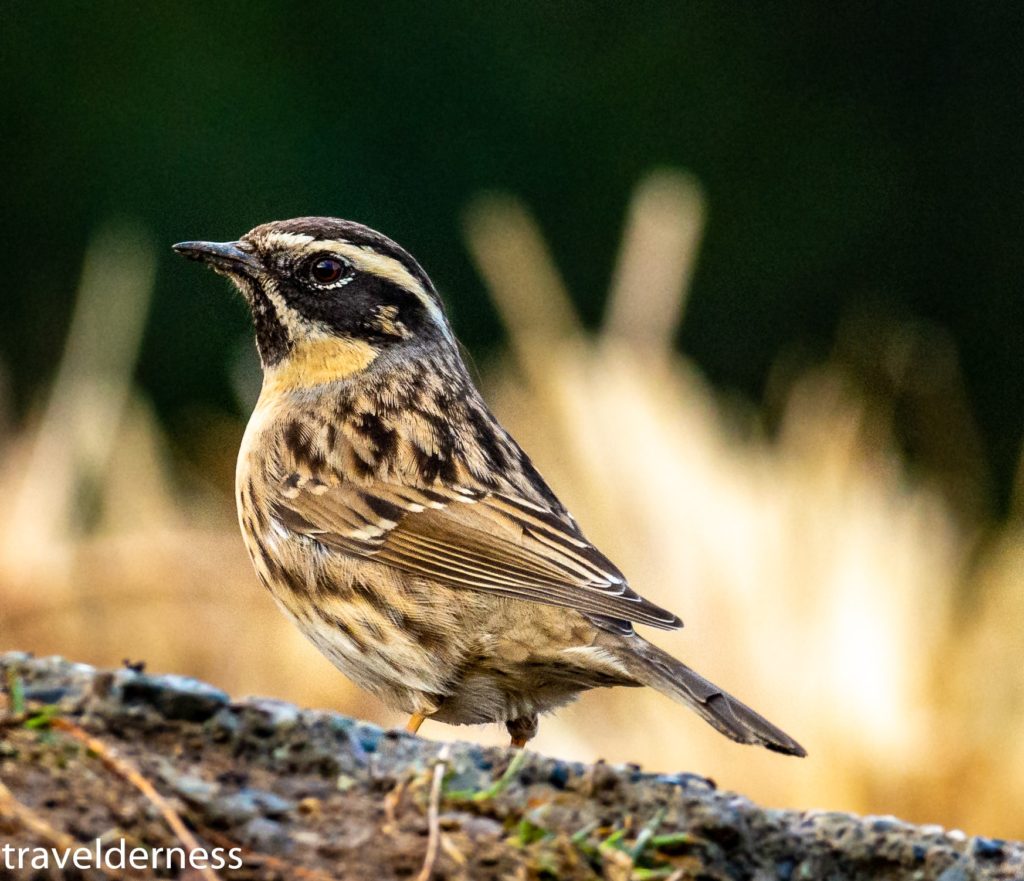 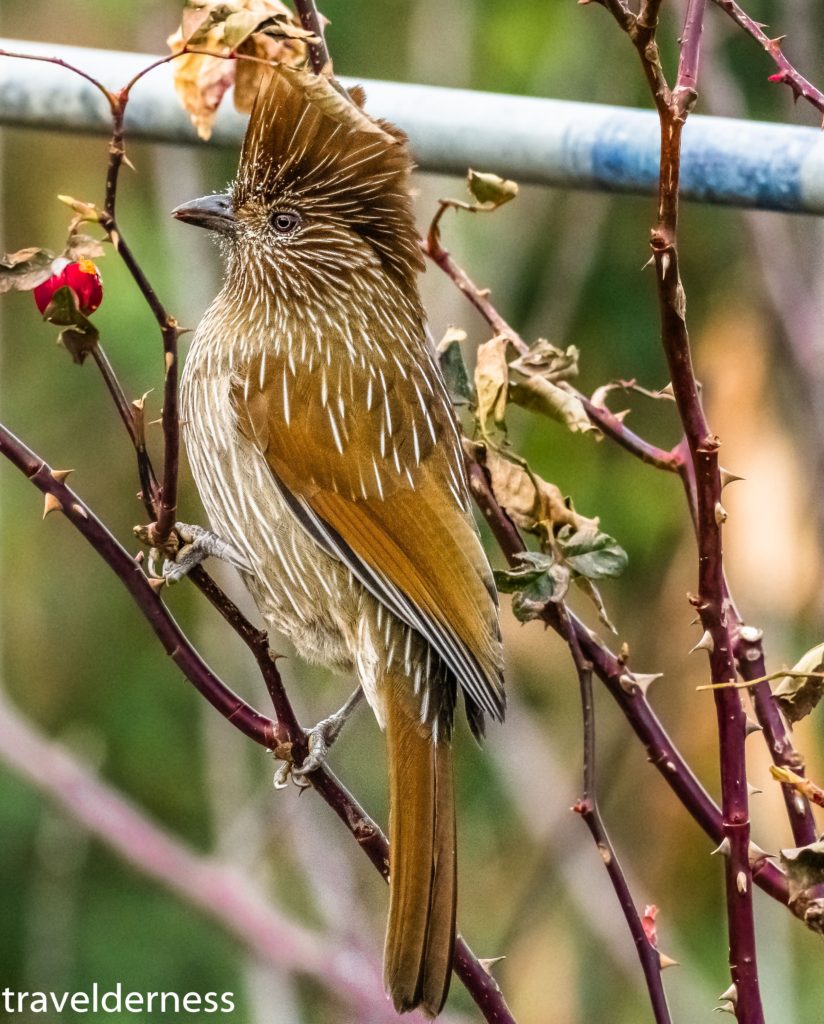 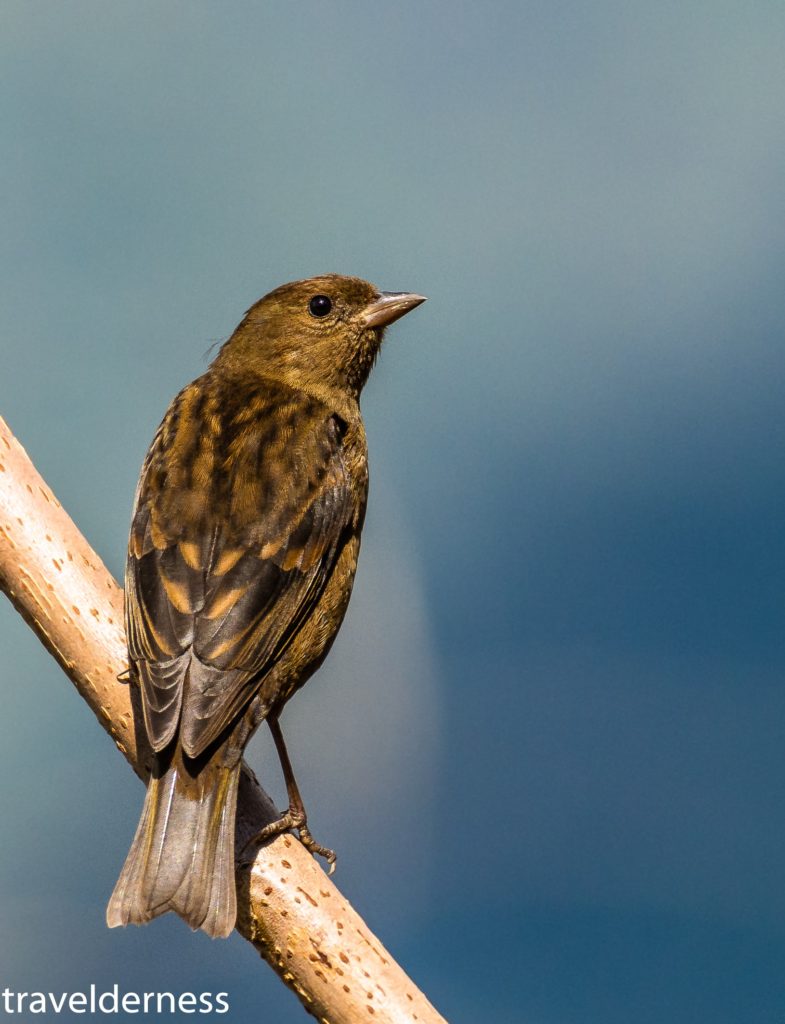 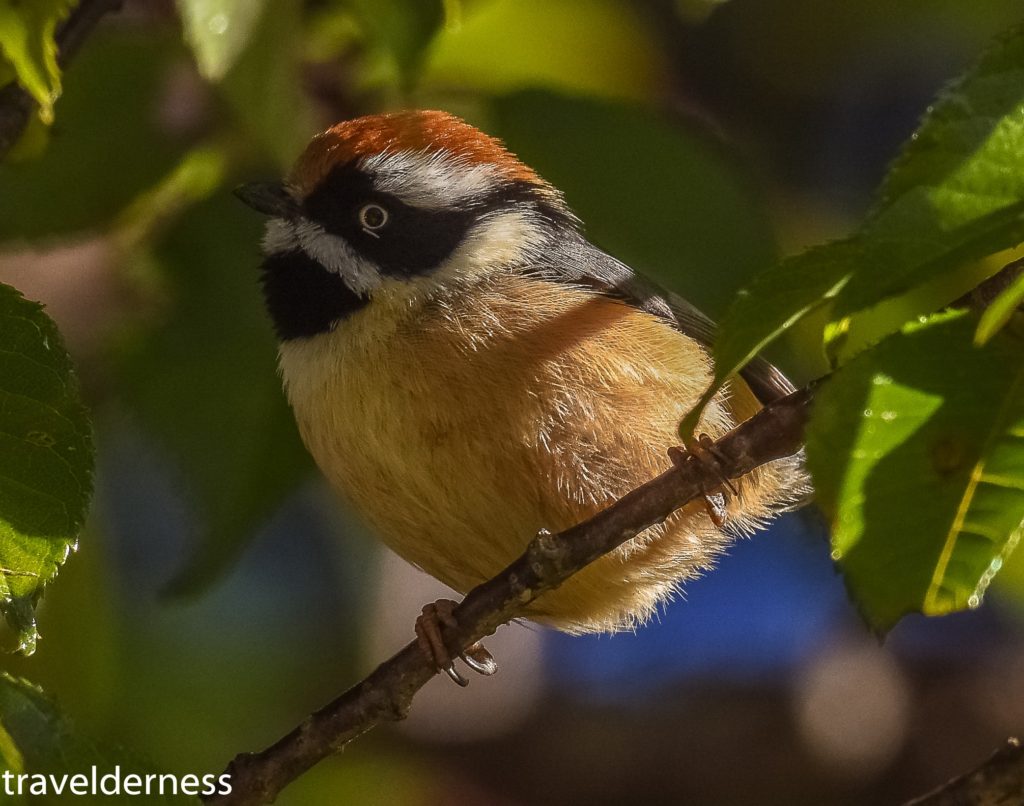 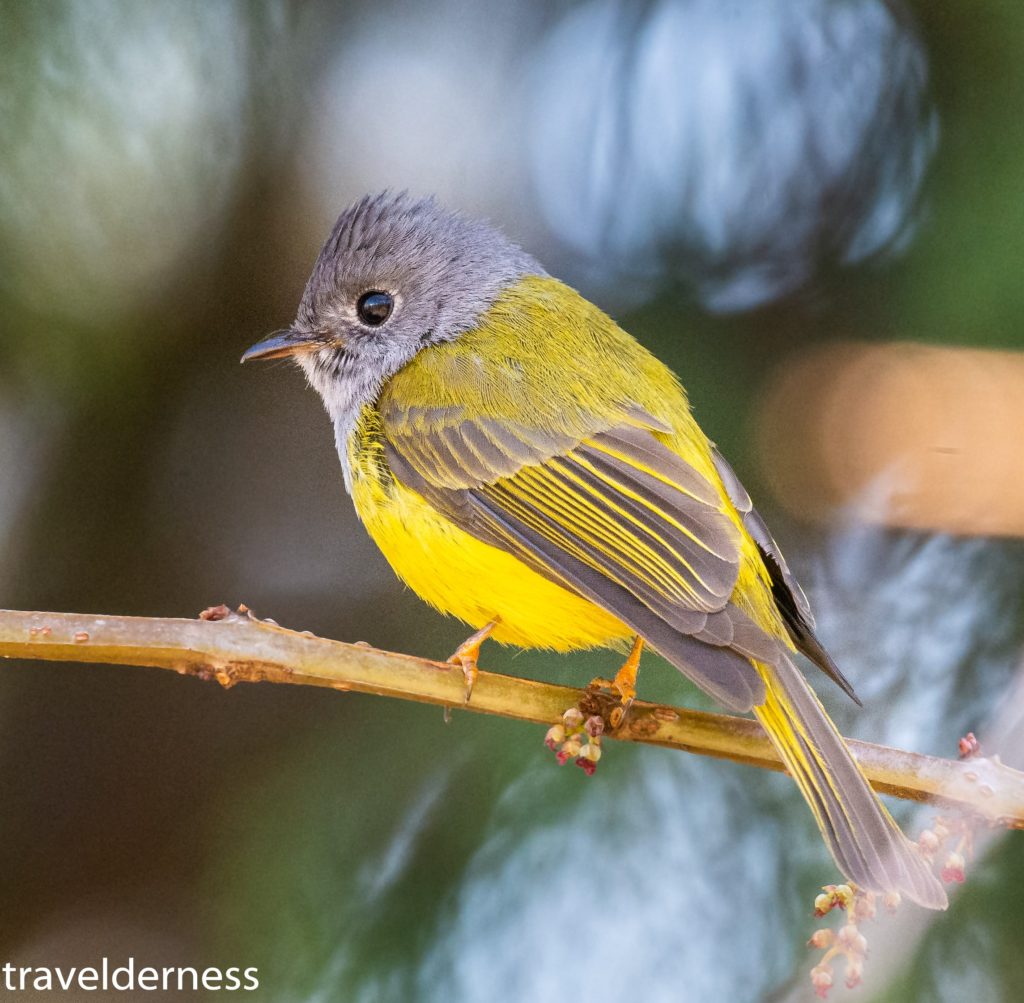 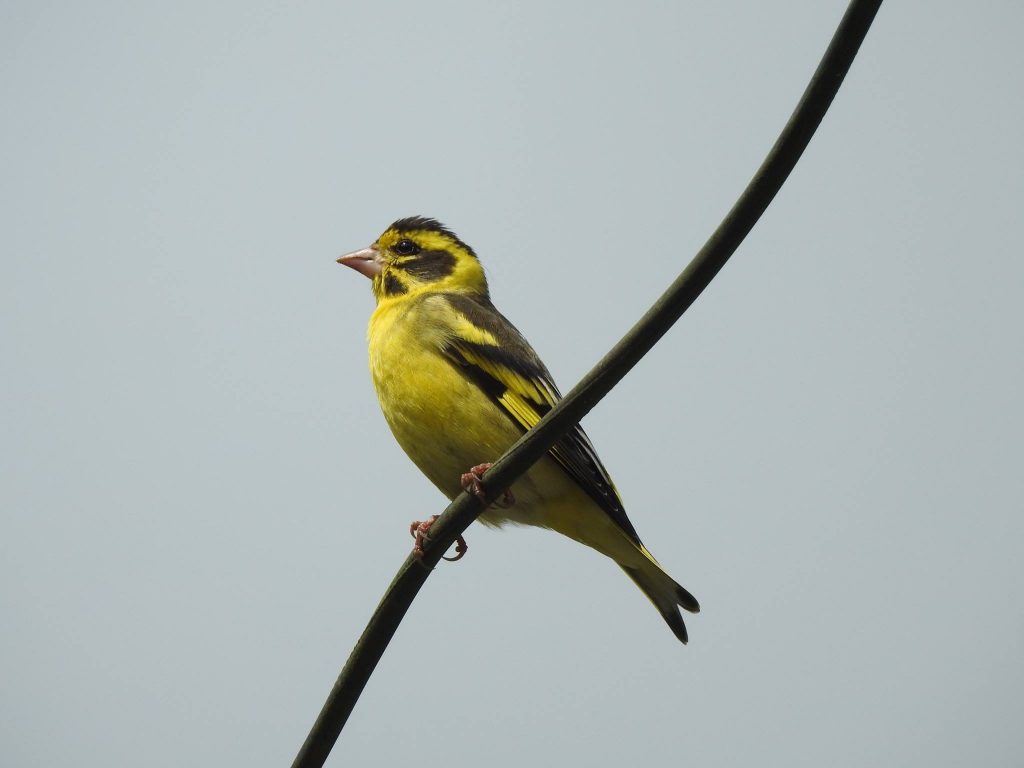 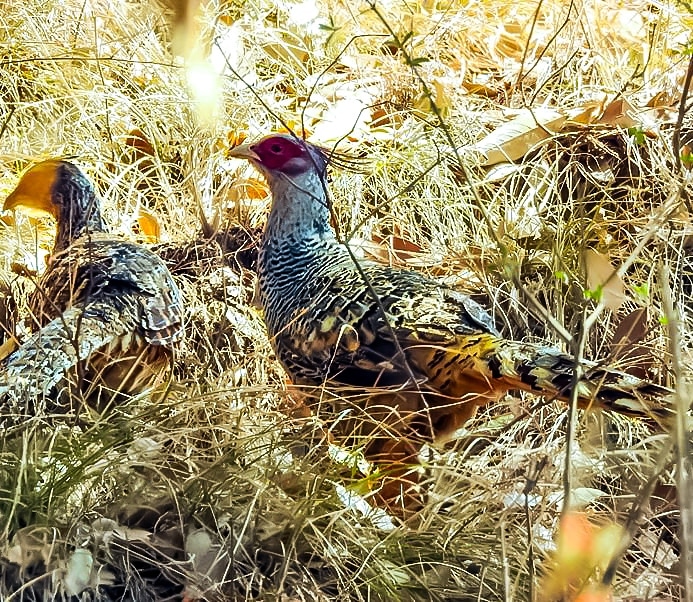 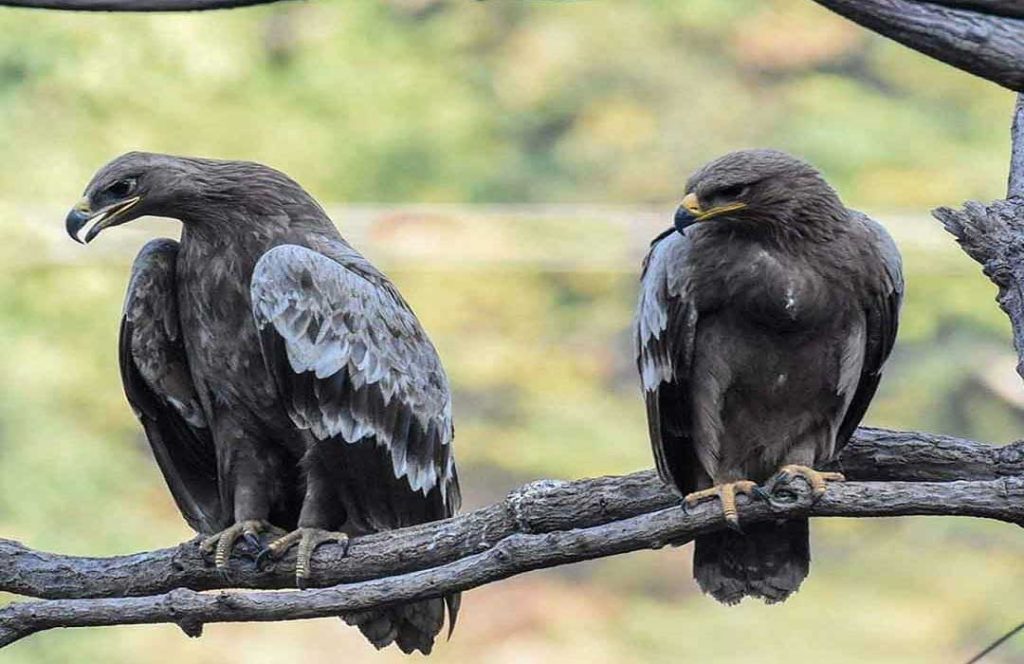 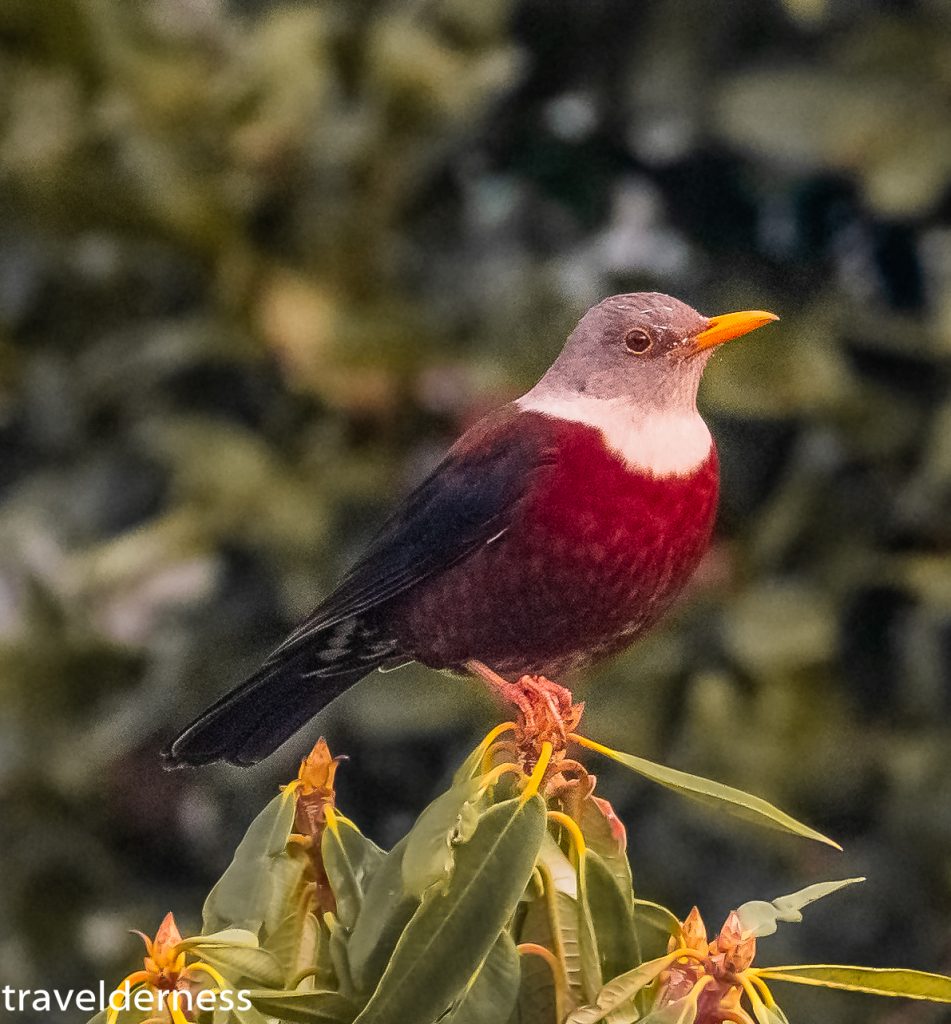 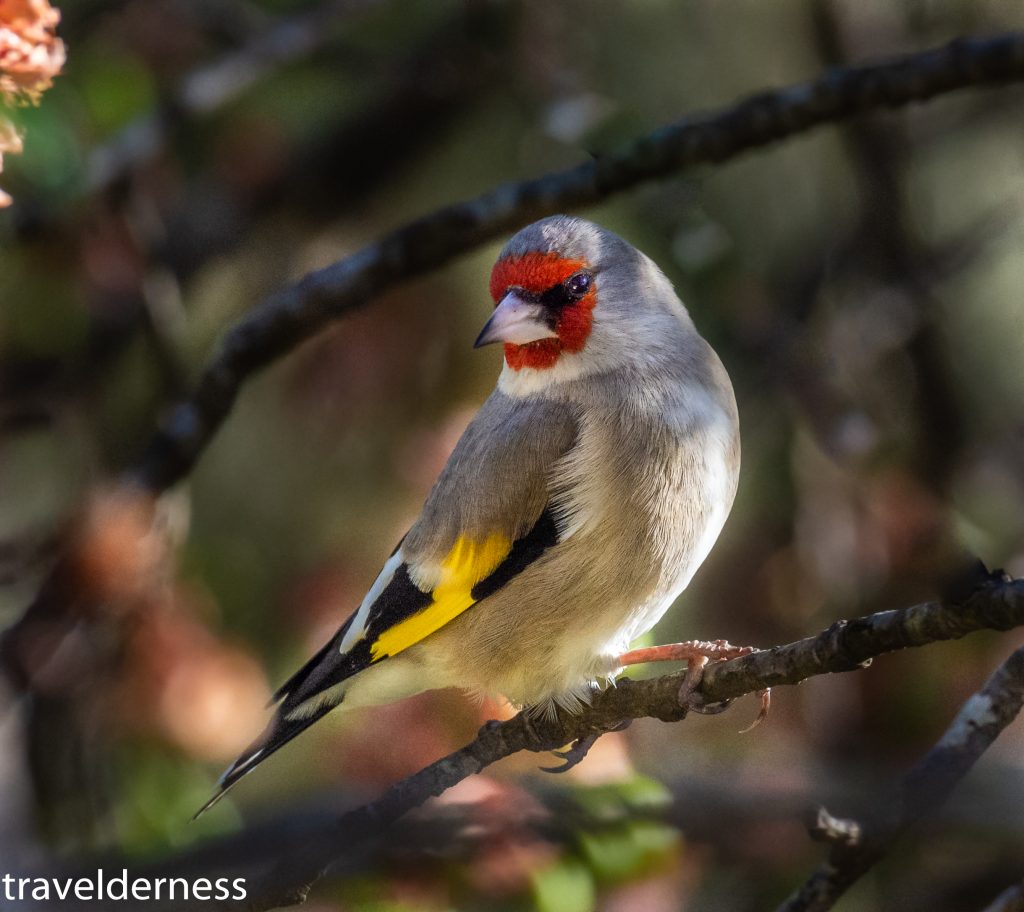